The first record of a brigade in The Basin was in 1926/27 when a bush fire Brigade was formed as a member of the Bush Fire Brigades Association of Victoria. The Captain was Jack Manders. Bert Chandler had a Morris Commercial truck (right) which served as a brigade vehicle from 1928 to 1945, an old International belonging to Ferndale was also available.

In 1932 Doongalla Homestead was burnt down and as a token of appreciation the owner T.M.Burke donated a fire bell which was mounted over a shed behind the Progress Hall which housed the all Brigade owned equipment, rakes buckets and a few beaters.

1935 saw a change in leadership with Bert Chandler as Captain, George Langdon (below) as Secretary, Treasurer and Lieutenant until 1945. On “Black Friday” (January 13th 1939) a teenager chauffeured the local Policeman around the hills in a Riley 9. At the end of the day the Policeman suggested that it would be a good idea if the lad came down to the Police Station and purchased a driving license. That lad was Don Maguire.

1939 to 1945 saw Captain Bert Chandler with a gallant bunch take over a great responsibility. In 1942 Boronia formed a Volunteer Brigade and The Basin had to call on Boronia and Ferntree Gully to assist, the Brigade personnel were also expected to act as Air Raid Wardens and to oversee security.

Following the disastrous fires in 1944 The Country Fire Authority (CFA) was formed but the Brigade remained with the Bushfire Brigades Association until 1949 when Regional Officer McLaren called a meeting in the Progress Hall and The Basin Rural Fire Brigade was formed with John Chandler as Captain, Don Maguire – Lieutenant, J.Ashbury – Secretary and F.Eaves – Treasurer. Bert Chandler donated a block of land opposite the present Fire Station (LHS of Kindergarten). The CFA provided a trailer mounted Furphy tank with a Low Down pump and a short length of hose.

The Basin’s first Fire StationIn March 1953 a fully Brigade funded building was erected by voluntary labor and the Regional Spare Austin 400 gallon (aprox. 1500ltrs) was housed there. The bell was removed from the Progress Hall and relocated to a windmill stand at the new Fire Station (right), this together with a bevy of electric sirens acted as the warning system. The bell is now mounted in a stand in the Brigades meeting room.

A Ladies Auxiliary was formed in 1955, with Betty Turner as President. They worked tirelessly to raise funds and financed a meeting room which was built on the North side of the Station. The Brigade was extremely busy from 1955 to 1967. In 1958 an ex Forestry short wheel based Land Rover was purchased and served for many years as a Forward Control and scout unit, with the ability to tow a trailer mounted water tank and small petrol motor with some 1.1/4 inch rubber hose. It was used not only for the Brigade but often in Group fires which included responses to fires in Gippsland. On one occasion it was used as the main communication relay between the Dandenong Ranges Group fire vehicles in Gippsland and the Control at Belgrave. On one occasion communications contact could not be made by the Land Rover radio to either Gippsland or Belgrave, however, they were able to speak with and hear quite clearly a radio operator in NE Tasmania!

– The Basin Fire Brigade was then a part of the Dandenong Ranges Group, Knox Fire Brigades Group had not then been formed!
– Radios in that period were HF, large units with extremely high aerials.

It was left to the Brigade to maintain it as no CFA support was available for second-hand vehicles.

The years 1960-62 saw the Brigade increase in efficiency and activity, although still hampered with poor H.F. Radio equipment, the valve operated sets were mainly war time disposal models. Quite often a caller could communicate with FIJI but not with a vehicle on the other side of a small hill. The Small Town Austin, although an honest workhorse was too slow in hilly areas, on extremely hot days the petrol engines suffered vaporisation problems (fuel vaporising in the fuel lines) and the back axles were also unreliable.

The 1962 fires generated enormous interest in Melbourne and attracted large numbers of sightseers after the fires. The Group set up collection points and collected over two thousand pounds, VHF radio was emerging and the money was used to set up a base station in Upwey and a repeater station on channel 9 tower. Although a large area in the 1962 fires was in Forestry Commission territory, Captain at the time Don Maguire was criticized by the Chief Officer and received little moral support, which hurt him deeply. Don nearly gave the fire service away but decided the service was bigger than individuals. At this stage brigades in the lower areas applied to form a new group but this was refused by the Chief Officer. Not long after that he (Chief Officer) resigned and the new Chief agreed that the Knox Group be formed.

The years of 1967 to 1971 were torrid years for The Basin Brigade. These were the years of arson, local suspicion, great tension and pressures, Police investigations and court appearances. Arthur Cooper as President and Don Maguire as Captain are to be commended for their leadership in steering the brigade through this torrid period. 1972 and 1973 saw many prominent buildings destroyed, some under suspicious circumstances. The Scout Hall, Clevedon Camp, Seventh Day Adventist Camp, Salvation Army special school, a number of houses and several hay stacks.

The highlight of The Basin Centenary saw the opening of a new brick built fire station (right) on the present site which was opened by the CFA Chairman Brigadier Eason. Unfortunately, one front corner of the station started to subside and over the years a large crack appeared in the radio room wall and eventually the station was condemned. This proved to be a blessing in disguise and the CFA built the present (Type 2) Urban Fire Station, which opened almost ten years after the original station.

In 1979, a hose drying tower and siren platform was supplied by the CFA and also Former Captain Don Maguire was awarded a B.E.M (British Empire Medal) for services to the community, particularly the Victorian Fire Service. The Brigade raised $20,000 for a new Ford F350 cab chassis and built up a high performance pumper unit to serve the needs of the rapidly growing community.

A grant from Knox Council in 1981, enabled the Brigade, as part of the Knox Fire Brigades Group, to introduce personal pagers as a means of “Turn-out”, thus eliminating much of the siren use. The granting of Urban status to The Basin Fire Brigade in 1984 was indeed welcome (after years of trying). The Brigade became a D Class Unit, with 20 uniformed members in reserve and full membership of around 45. In the same year, Roy Ritchie decided to stand down as Secretary, after 19 years of dedicated service.

In 1999 Allan Small resigned as Captain, serving an amazing 22 years, equaling his predecessor the Late Don Maguire and handed over the reigns to present day Captain, Colin Killian.

The Brigade currently averages approximately 200 calls per year and is in dire need of upgrading its facilities. 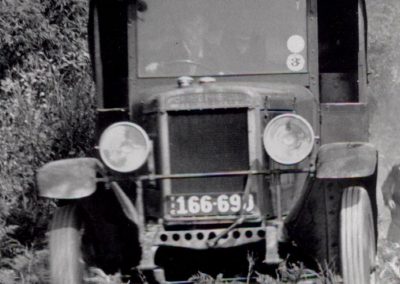 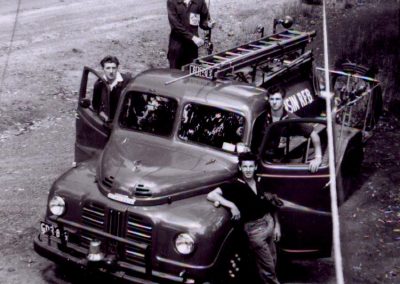 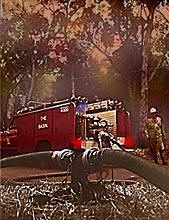 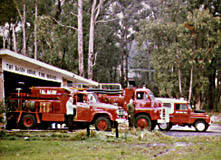 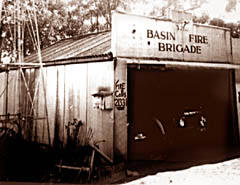 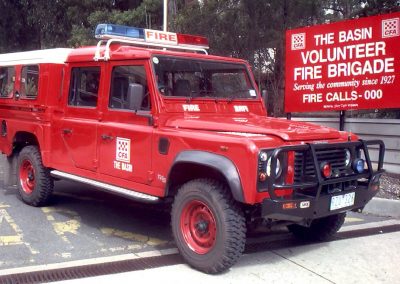 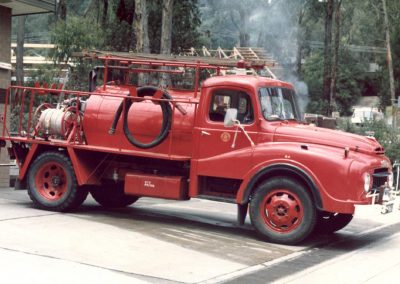 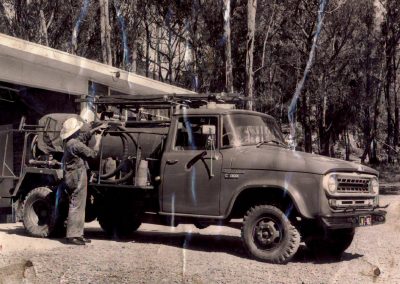 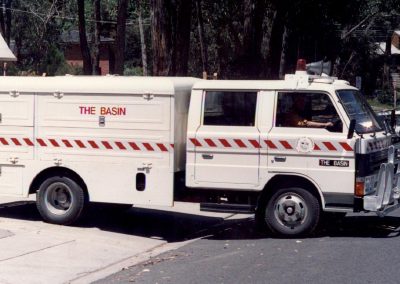 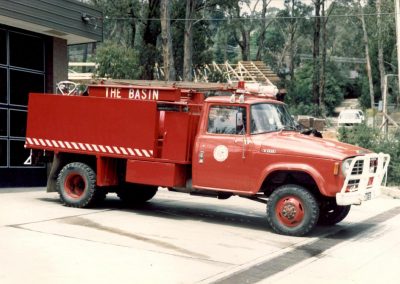 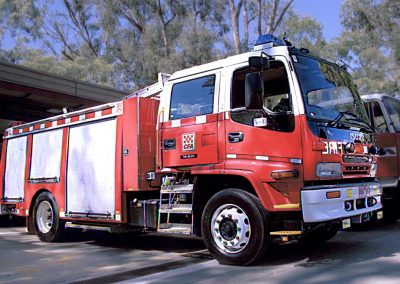